Marina Dziwnow – The main port of the championship

The main yacht port was built in the immediate vicinity of the fishing port, and its structure was based on very interesting architectural assumptions. Construction works were completed in October 2013, and the final commissioning took place in November of the same year.

From the very first day, the newly built marina began to arouse great interest, which resulted not only from the shape of the port itself, but also its location on a very important waterway. The entrance to the port is located on the side of the Dziwna strait, but before the drawbridge, which facilitates easy communication with the sea. The marina is equipped with pedestals for electricity and water consumption. 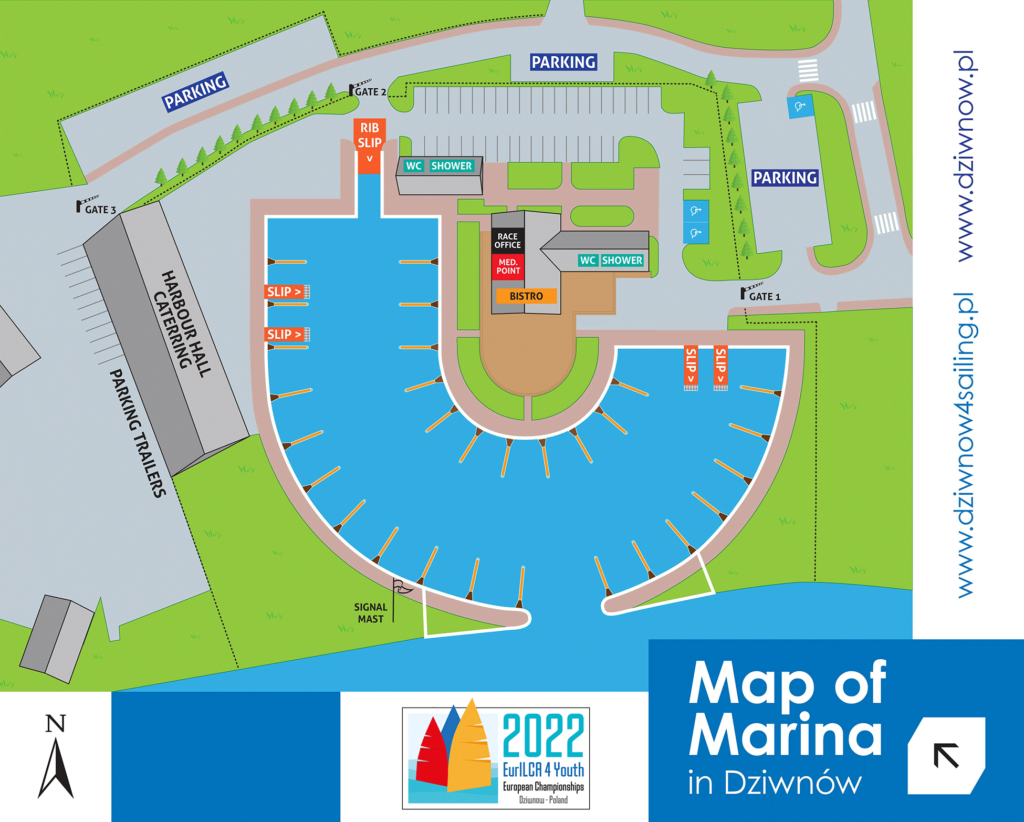 The port building, together with the boatswain’s office, is equipped with full sanitary facilities (toilets, showers), a conference and club room and a café. Ultimately, the marina can accommodate approximately 60 vessels with a maximum length of 12 meters.

The area of the marina is monitored, and the entire area is completed with parking lots inside and outside the port, as well as a directly adjoining, newly opened park with very originally arranged walking routes.

In June 2018, two new facilities inside the port were commissioned, a sanitary and economic building and a port hall. The construction of these facilities significantly increased the functionality of the port, while increasing the comfort of the crews calling at the marina. In the sanitary and utility building there are additional showers and toilets and a washing room. The second facility, the port hall, is to (apart from its original purpose) also fulfill auxiliary functions during the organized regattas.